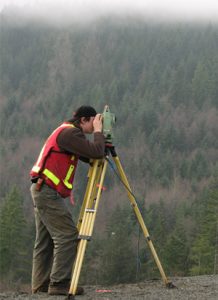 The Pebble Project is currently in the permitting process, which began with the submission of a Clean Water Act 404 Permit application on December 22, 2017. The U.S. Army Corps of Engineers (Corps) is the lead agency for this project and is responsible for preparing an Environmental Impact Statement (EIS).

An EIS is required under the National Environmental Policy Act (NEPA) for any project that might significantly affect the environment. An EIS is a decision-making tool. It lays out both positive and negative environmental effects of a proposed action. Every EIS includes alternative actions, including the impact of a “no action alternative.”

With most projects of this size and nature, the permitting process is expected to take about three to four years. For the Pebble Project, the Corps has released an aggressive permitting schedule that anticipates the final step – the Record of Decision – to be complete within 24 months.

Additionally developers will need dozens of separate permits (local, state and federal) to begin construction and operation of a large-scale mine in Bristol Bay. The state of Alaska Large Mine Permitting Team coordinates state permits. Pebble Watch will post permitting status information as it becomes available. Current resources include our Permitting Timeline, a broad picture of the project history, permitting period and construction/development window. Our Guide to Permitting links to relevant agencies, and lists major and minor permits that are likely to be required to advance the Pebble project.

Some of the necessary permits offer public comment periods. Pebble Watch will track and post these as they are scheduled.

January 2020: The Corps of Engineers is working with cooperating agencies to refine its responses to “statements of concern” that were developed from around 116,000 comments from individuals, agencies, tribes, associations and other groups.

Technical Meetings: Six days of technical meetings were held in November and December with cooperating agencies, followed by biweekly phone meetings. The Corps will hold additional meetings as needed.

Bristol Bay Visits: The Corps plans to visit villages in Bristol Bay in late January/early February related to work on Section 106, National Historic Preservation Act. This review process is running concurrently with the Clean Water Act 404 permitting process, and seeks to identify any historic properties that could be impacted by the project.

LEDPA: The Corps is identifying the Least Environmentally Damaging Practicable Alternative (LEDPA). The LEDPA will be included in the Final EIS and is what is considered for the Record of Decision (ROD).

Record of Decision: Anticipated in Fall 2020.

Read more on the Corps’ timing for the Final EIS and Record of Decision.

Please note that the most recent update to the Pebble mine plan is this technical document submitted to the Corps in May 2018.

Attachments A1-A6 are maps and other figures that are in separate documents but considered part of the overall permit application document.

Attachment C (140 pp) – Spreadsheet of wetlands and water surface areas impacted by the project, listed as “Wetland Polygon Identification Inventory,” and identified according to the project component that would impact it (mine site, port, natural gas line or transportation corridor).

Attachment D (92 pp) – Project overview, summary, and additional detail on all aspects of the project, including mine site, transportation corridor, port, process for extracting and processing the ore, tailings storage facility, water treatment.

Consolidated (512 pp) – A spreadsheet listing all the waters and wetlands that would be impacted by the project, including acreage, latitude and longitude, and whether the impact would be permanent or temporary. The first 171 pages provide detailed itemization of impacts. The final 341 pages list aquatic resources in detail.

From the archives: Pebble Watch newsletter, May 2013

Permitting for Pebble: What is the permitting process? Where is the mine plan? How can members of the public give input? Pebble Watch interviews Pebble Limited Partnership’s Mike Heatwole and Alaska Department of Natural Resources’ Sharon Stambaugh for the details.

How true are statements you may hear about permitting large mines in Alaska? Pebble Watch addresses three frequent claims:

Alaska is viewed in a negative light by the industry because of its regulatory process and length of time for getting permits.

A January 2012 report on “The Economic Impacts of Alaska’s Mining Industry,” reports 81 significant exploration projects in Alaska in 2010. Thirty-four of these each had expenditures of more than $1 million. Most of this exploration funding came from Canadian and other international sources.

In the same report, a consultant company is quoted saying, “Alaska, during transition to statehood, settled all native land claims. The resulting land tenure certainty and entrepreneurial native corporations have given Alaska stability that neighbouring provinces can only dream of.”

Once the permitting process has begun, the state of Alaska has never before rejected a large mining project.

But it’s more complicated than that, says Sharmon Stambaugh, large mine project coordinator for the Alaska DNR. “We say no all the time. We make people go back to the drawing board, modify this, review that, flesh this part out. Sometimes what happens is that the applicant says ‘No’ itself. For example, the Alaska-Juneau gold mine project in Southeast was never permitted because there were so many aspects of that project that didn’t prove to be viable.”

The permitting process is open-ended and “iterative,” so a developer can continue to submit changes to get to a plan that meets all regulatory requirements. It is likely that Pebble developers will go forward with multiple revisions to get the permits they need. At its essence, this claim suggests that once Pebble permitting begins, the state will approve the necessary state permits. This quote from the PBS Frontline documentary Alaska Gold seems to back that up:

Alaska has the world’s most stringent regulatory system.

MAYBE, BUT NEEDS BACK UP

This statement can be used as an assurance that the regulatory process is more protective in Alaska than anywhere else, but it is difficult to find research or comparisons that back up this claim.

According to Sharmon Stambaugh, of Alaska DNR, the state does differ from other areas, especially in terms of water quality standards. “A lot of states rely on federal standards, but because Alaska protects most of its water for all uses, including aquatic life, it has set very stringent state standards.” Stambaugh said the permitting process is more complex due to factors such as land-ownership, endangered/threatened species, anadromous fish, and issues with access to sites. Once a site opens, there are permit-required environmental audits every five years. “To our knowledge, these environmental audits are not generally standard requirements in other jurisdictions,” said Stambaugh.

But does that mean Alaska has the world’s most stringent standards? It’s unclear until a factual comparison is conducted.