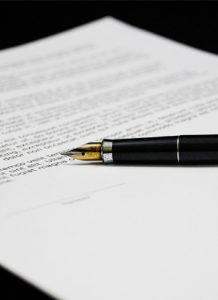 Exploration at the Pebble deposit, as well as efforts to limit or restrict future development, have spawned several lawsuits as developers, the State of Alaska, the federal government, and local organizations battle it out in the courtroom. Here are some of those cases:

PLP vs. EPA – In 2014, PLP brought three separate lawsuits against the EPA, focused on the agency’s decision to apply the sparingly-used Clean Water Act 404(c) process to limit development at the Pebble deposit site in Bristol Bay in order to protect the region’s watershed and unique wild salmon fishery. In May 2017, the two sides agreed to a settlement. EPA agreed to withdraw its Proposed Determination (an effort to impose certain restrictions to large-scale mining at the Pebble deposit) without admitting to any wrongdoing. It may still pursue 404(c) restrictions at a later time, particularly if PLP does not apply for permits within 30 months of the settlement.

PLP and State of Alaska vs. Lake and Peninsula Borough – After the Save Our Salmon initiative passed in 2011, PLP and the State of Alaska brought against the Lake and Peninsula Borough and initiative sponsors. Plaintiffs claimed that Save Our Salmon superseded the legislature’s constitutional authority in regards to permitting, and a Superior Court judge agreed, making the initiative null and void after a 3-year fight.

Nondalton Tribal Council et al. v. State of Alaska – Tribal councils of Curyung, Ekwok, Koliganek, Levelock, New Stuyahok and Nondalton, along with the Alaska Independent Fishermen’s Marketing Association and Trout Unlimited filed suit against the State of Alaska in 2009 regarding the loss of habitat land classification in the 2005 Bristol Bay Area Plan. In a settlement of the case, DNR agreed to review the plan and followed up with draft revisions to it in January 2013.

Alaska Conservation Foundation v. Pebble Limited Partnership and Nunamta Aulukestai v. State, et al. – The non-profit organization Nunamta Aulukestai (Caretakers of the Land) and several individuals argued that the State of Alaska and Department of Natural Resources had granted the Pebble Limited Partnership land and water permits for exploration without public notice. In 2015, in response to an appeal of a lower court verdict, the Alaska Supreme Court agreed. As a result, when PLP applied for a Miscellaneous Land Use Permit (MLUP) in 2016, the state provided a public input period to gather comments.